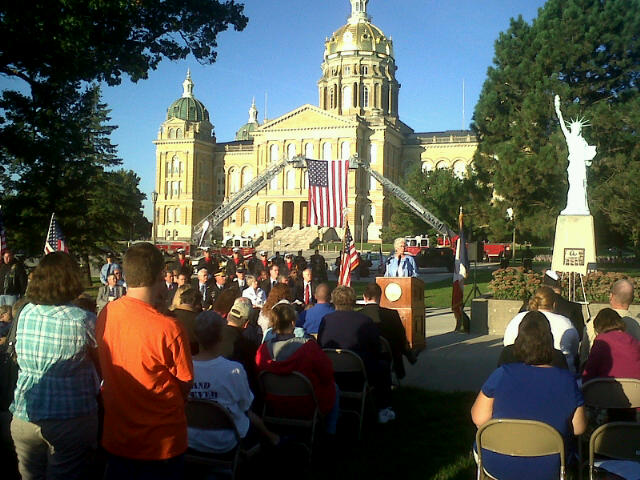 Iowans are holding ceremonies around the state to mark the 10th anniversary of the 9/11 attacks. Hundreds gathered outdoors at 7:30 Sunday morning, around a replica of the Statue of Liberty on the state capitol grounds, for the State of Iowa’s Remembrance Ceremony.