About three dozen people trying to set up an “Occupy Des Moines” camp were arrested overnight. 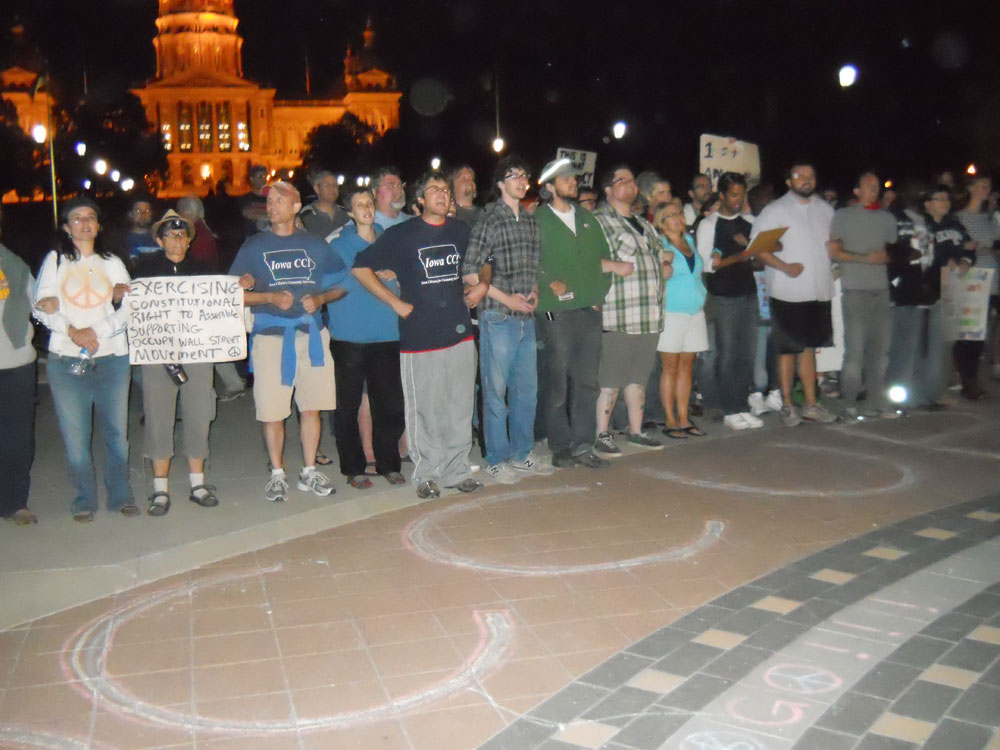 The protesters are part of the “Occupy Wall Street” movement. Several hundred people gathered at noon Sunday for an outdoor meeting in Des Moines. They voted to  set up a round-the-clock “occupation” in a park on the state capitol grounds.

By 10 o’clock, there were about 150 people in the park. At about 10:30 last night, Trooper Mark Logsdon walked up to a line of protestors.

“We have a curfew that’s in place for 11 o’clock in the evening and we’re going to enforce that curfew,” Logsdon said.

He told the group their tents would be removed, and they would be arrested and charged with trespassing.

“You can pack your tents up and take care of your own possessions, because they’ll be removed at 11 o’clock,” Logsdon said. “Now, it might take us all morning long to do it, but it’ll happen.”

Shortly before the clock struck 11, the protestors made a declaration.  “We’re not leaving tonight,” they chanted.  “This is our park.” 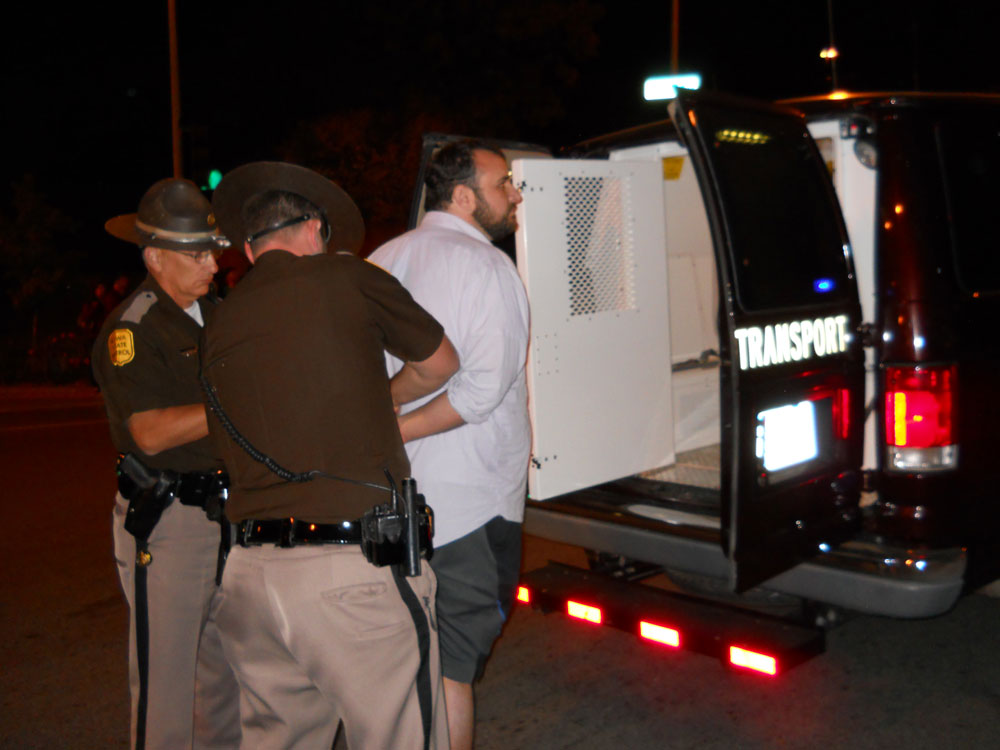 A contingent of state troopers and Des Moines Police arrived shortly after 11. It was chaos as arrests were made. Some protesters went limp and were dragged away by the officers. Pepper spray was used on another man.  Former State Representative Ed Fallon of Des Moines, a 2006 candidate for governor, was among the first of the protesters to be arrested.

Another group of protestors has been occupying a park in Iowa City, but there were no arrests there on Sunday. The new “Occupy Des Moines” group started their action on Sunday afternoon. Read more about their meeting earlier Sunday.

Twenty-seven-year-old Scott Kubie of Des Moines has a full-time job and owns a small business of his own. Kubie said he can’t be at the site 24/7, but it’s important that some sort of full-time encampment be established.

“This is not a bunch of bums camping out,” Kubie said. “This is people here to discuss something and I think we certainly have a right to do that.”

Kubie made his comments early Sunday evening, before the arrests began.

AUDIO: Listen to a report of the events of the day