You are here: Home / Agriculture / ONE organization brings F-word campaign to Iowa (video) 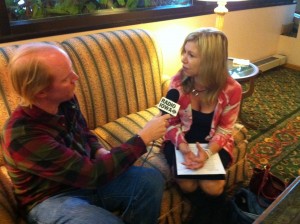 An antipoverty organization is drawing attention at the World Food Prize events in Des Moines for its somewhat controversial PSA campaign.

The grassroots group, ONE, was cofounded by U-2 singer Bono. The PSA is titled “The F Word.” Sheila Nix is the Executive Director of ONE. “It’s a little bit controversial because it’s called ‘F— Famine’…when you watch it, it looks like people are using bad language, but what they’re actually saying is ‘famine’ and famine is the real obscenity,” Nix said.

The PSA includes appearances by Bono, George Clooney, Rob Lowe and former presidential candidate Mike Huckabee. Nix is in Iowa this week spreading the word to World Food Prize attendees about the emergency in Somalia, which she says isn’t receiving much news coverage. The PSA states the famine in Somalia has claimed the lives of 30,000 children in the last three months.

Nix is also concerned about potential Congressional budget cuts to food assistance programs. She says there’s a direct correlation between the money spent in Washington and the lives saved in Africa. “Obviously there’s a need for budget and fiscal responsibility, but for such a small amount of money, so many lives are saved,” Nix said. “Some of these cuts that have been proposed could cause a million children to become severely malnourished or possibly die.”

The PSA will be airing on television networks in the coming weeks.