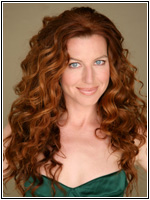 A Hollywood actress and Iowa native hopes to help revitalize Iowa’s film industry after the state’s film office was shut down by a scandal two years ago.

Tanna Frederick, originally from Mason City, has founded “Project Cornlight,” which aims to develop Iowa-based films showcasing in-state talent. The goal is to produce at least one independent film in Iowa each year.

Frederick says Project Cornlight, a takeoff of the national effort Project Greenlight, will fulfill her dream of being able to help people create professional independent films in Iowa.

She says indy films are as important as big-budget ones and some, like “Paranormal Activity,” have done very well.

“Some aren’t recognized as much as they should be,” Frederick says. “They are gems that people and film buffs love. I want to make great quality films on a limited budget in Iowa that the nation starts to look at again, and people become inspired by again, to rebuild that excitement that was happening within the state before the whole crash.”

Frederick says she wants the filmmakers to be able to utilize Iowa locations and in-state talent for the films.

She wonders why filmmakers should have to go to places like Canada and Los Angeles when there are many beautiful locations and talented people in the Midwest to be a part of those films.

Project Cornlight’s first project will be a film Frederick will star in called, “Just Beautiful,” by screenwriter Joanna Louise Johnson.

Kimberly Busbee, who owns AriesWorks Entertainment and is the director of the Wild Rose Independent Film Festival, both based in Des Moines, has signed on to be a co-director of the project.