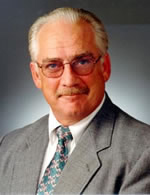 Iowa State University’s Extension Department has been doing surveys of farmland values for 70 years, but the results for this year show numbers like nothing that’s been seen in the previous seven decades. Economist Mike Duffy put together the survey.

“The biggest record in my opinion was the percentage increase, our survey this year showed a 32.5% increase (in land values), and that’s higher than even what we saw in 1973, which as a little over 31%,” Duffy says. Landowners in all 99 counties saw increases.

“Every county was up over 20%,” Duffy says, “the highest county actually was Scott County, and it was up 37%. The lowest percentage wise was Washington County, but it was still up 28%.”

The average value of an acre of Iowa farmland is $6,708, which is an all-time high. The top driver of the higher farmland values according to Duffy, is the increase in gross farm income brought on by higher corn and bean prices. He says there are a lot of secondary drivers too, including lower interest rates, and the fact that land is a relatively good investment.

“You know a lot of people were saying ‘if we sell the land, what are we going to do with it,’ and so they’re not seeing as much of a supply of land and yields, even though some parts of the state were not as good, we did have good yields (overall),” Duffy says.

Past history always raises the question of whether land prices could crash. “It’s one of the things that when we ask people in the survey to list negative factors, 31% indicated that land was too high and that were expressing concern that we may be on speculative bubble and that land values would really collapse,” he says.

Duffy has some encouragement though for those concerned about farmland going the way of home values. “My personal feeling is that we’re not on a speculative bubble, I do think there is a possibility for corrections though, we saw a little correction in 2009. That to me is a good sign in that it shows there is still discipline in the market,” Duffy explains. “Right now these levels of increases that we’ve seen, even though they are very high, there’s a lot of fundamentals backing them.”

Some land in Sioux County sold last week for $20,000 dollars an acre — but Duffy doesn’t believe that’s an indicator that overall prices are going to go rapidly higher. “It think we have to always remember the $20,000 and the $16,000 plus are auction sales, and a lot depends on if you have two people going head to head and want it, then the (land) prices go higher,” Duffy says.

He says he thought the prices in his survey are a little higher than he expected, but not totally out of line. You can see maps showing the 2011 farmland values and additional information on the I.S.U. Extension website: www.extension.iastate.edu/topic/landvalue