The drive for votes in Iowa’s Caucuses is playing out over the airwaves and in meeting places around the state as three candidates hoping for a better-than-expected finish January 3 made personal pitches for votes this weekend. 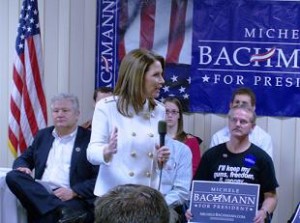 Michele Bachmann visited 20 Iowa cities in the past two days, telling a crowd in Mason City Sunday night that she would send “a shock wave around the world” with a victory on Caucus night.

Rick Perry told a crowd in Decorah on Sunday night that the country was in “real” trouble.

Perry’s speeches and his ads stress his “outsider” status as a contrast with front-runners Mitt Romney and Newt Gingrich.

“Mitt may not have had a Wall Street address, but Bain Capital is basically Wall Street,” Perry said in Decorah. “And Newt is a former speaker of the house.” 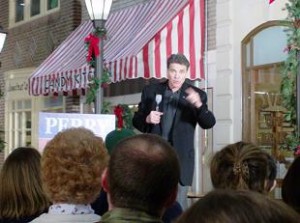 Bachmann also snapped back at Ron Paul this weekend. During a Friday night appearance on The Tonight Show with Jay Leno, Paul said Bachmann “hates Muslims” and “wants to get them.” 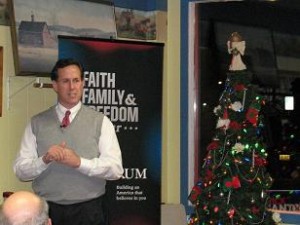 “I’m not a hater,” Bachmann said Sunday night in Mason City. “…My quarrel is not with the people of Iran, but it’s the leadership of Iran. Those are the haters.”

Bob Dole, the victor of the 1988 and 1996 Iowa Caucuses, wrote an open letter to Iowans through an ad in The Des Moines Sunday Register. Dole endorsed Mitt Romney, calling him the “best hope” for Republicans in 2012.

Newt Gingrich spent the weekend in Washington, D.C., but held a conference call Saturday morning to try to reassure his Iowa supporters.

“Because of the extraordinary negativity of the campaign, I’m inclined to every couple of days do this kind of a ‘Ask Newt’ conference call and just let people have a chance to talk about ideas and encourage them to raise any of these things you get in the mail which are junk and dishonest,” Gingrich said. “And I’ll be glad to personally answer so you’re hearing it from my very own lips. We don’t have our advertising versus their advertising.”

(Reporting in Mason City by Bob Fisher of KGLO/KRIB; in Decorah by Darin Svenson of KDEC; in Atlantic by Ric Hanson of KJAN.)