You are here: Home / Crime / Courts / Driver to change plea in death of girl walking to school bus 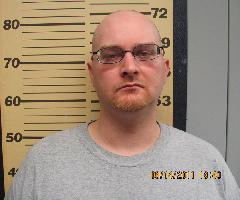 The driver accused of hitting and killing a seven-year-old girl who was walking to a stopped school bus in rural Worth County wants to change his plea.

Aaron Gunderson, of Northwood, faced two charges of vehicular homicide and leaving the scene of a personal injury accident.

The Iowa State Patrol has said Kadyn Halverson, of rural Kensett, was walking to the bus that had its lights flashing and stop sign extended when she was struck by the 31-year-old Gunderson on May 10.

He fled the scene. The girl died of her injuries.

According to court documents filed in Worth County District Court and signed by District Court Judge Bryan McKinley, the court has been advised that Gunderson wants to change his plea.

A plea change hearing has been set for January 6th at 3:30 at the Worth County Courthouse