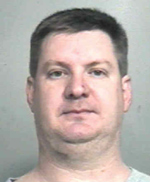 A former University of Northern Iowa ticket office employee has been charged with first-degree theft after an audit showed he took thousands of dollars.

Agents with the Iowa Division of Criminal Investigation arrested 44-year-old John Gogola of Cedar Falls this morning and he is being held in the Black Hawk County jail on a $50,000 bond.

Gogola was the assistant director of UNItix, which sells tickets for sports and entertainment events on campus. He left the job in August of 2010.

U.N.I. requested a state audit after a customer reported they had not gotten the tickets they bought through UNI-tix. The State Auditor says Gogola used numerous transactions to cover his tracks and issued refunds to his own personal credit card for almost $17,000.

Story on the state audit.