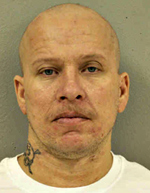 A 43-year-old northeast Iowa man will spend the rest of his life in prison for a sex assault that injured a two-year-old girl. Ricky Putnam of Arlington was sentenced on Thursday.

He was convicted on December 12 of first-degree sexual assault causing serious injury. The offense carries a mandatory life term. Police said Putnam assaulted the girl while staying at a friend’s home in Fayette County in May 2010.

The toddler was hospitalized after the attack. According to the Waterloo-Cedar Falls Courier, Assistant Iowa Attorney General Denise Timmins said during closing arguments that the girl’s injuries were “not accidental.” She said Putnam “committed what most people would consider an unthinkable, unimaginable act.”