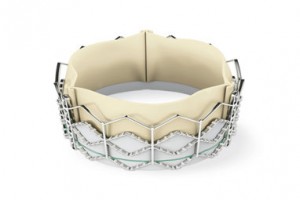 Doctors at the University of Iowa Heart and Vascular Center will soon be using a new technology to treat seriously ill patients with heart valve problems.

Doctor Robert Farivar says the procedure offers an alternative to traditional forms of heart valve replacement surgery. “With the new technology, we actually go through a groin incision – a small cut in the groin – and the valve is placed using a wire and a balloon. It’s almost like a stint. It gets deployed into the aorta without having to go on the heart/lung machine,” Farivar said.

The transcatheter procedure is reserved for patients who were previously considered too high risk for surgery. “This is a way to do that aortic valve replacement without having to go through some of the stress of the open heart surgery,” Farivar said. “The patients tend to be older, typically in their 80s.”

The U.S. Food and Drug Administration recently approved the treatment. The UI Heart and Vascular Center team plans to begin treating patients early in 2012. The procedure has been done in Europe for several years now. “The U.S. is actually quite late to the game in this,” Farivar said. “I think the U.S. is the 47th country to get it. That’s because of the way the FDA approves these devices. It’s a very slow process with new technologies now.”

Research has shown the transcatheter procedure can reduce deaths among patients by 20% at one year following treatment.