You are here: Home / News / Legislator cites recent child murder case in speaking out against abortion 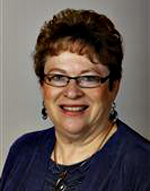 A state representative who opposes abortion suggests two Iowa women who’ve been suspected of killing their babies were “confused” because of the U.S. Supreme Court’s 1972 Roe v Wade decision.

Representative Betty De Boef, a Republican from What Cheer, cites the case of a Huxley woman who has been charged with first-degree murder for killing her twin newborn girls earlier this month.

“The young woman…listened too well to the message that she has heard all of her 22 years…This ruling tells young girls that the product of their womb is only valuable if they want it. It tells them that if they do not, it is expendable,” De Boef says.

“I submit to you that this tragic occurrence is a direct result of the message that we have sent her.” De Boef also points to the case of a 19-year-old Charles City woman whose premature baby allegedly disappeared after being delivered in a Mason City restroom.

“The irony of this is all they had to do was seek the serves of a LeRoy Carhart, possibly only a few weeks prior, and they would be home free,” De Boef says. “No wonder they are confused.” Le Roy Carhart is a Nebraska doctor who performs late-term abortions.

A bill designed to ensure Carhart can’t establish a practice in Iowa failed to pass during the 2011 Iowa legislative session. The Charles City woman has not been charged; authorities say she is not cooperating with the investigation. De Boef’s comments came during a speech early this afternoon in the Iowa House, during “points of personal privilege.”

De Boef, who decried the state of the nation’s court system, blasted an Iowa judge’s ruling that two other Iowa women have both their names listed as the “natural parents” on a birth certificate.

“If this were not so egregious, it would be laughable, just ask any third grader,” De Boef says. “…These sad cases are a direct result of…numerous court rulings based on the foolishness of humanity, not nature, not nature’s laws.” De Boef, a farm wife and mother to four biological children and six foster kids, is currently serving in her 12th year in the Iowa House.

She does not plan to seek reelection.