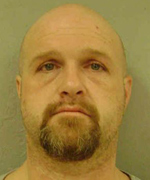 A man has been arrested in connection with an anhydrous ammonia incident in northeast Iowa that sent a sheriff’s deputy to the hospital last week.

Fayette County Sheriff Marty Fisher says the female deputy was overcome by vapors coming from a broken tank at the Fredricksburg Farmers Co-op near Hawkeye.

She was attempting to arrest a man suspected of tampering with the tank. Thirty-six-year-old Kyle Boleyn of Arlington was arrested in the case on Sunday.

“He has been charged with criminal mischief in the second degree,” Fisher said. Boleyn is also charged with possession of anhydrous ammonia with the intent to manufacture methamphetamine. Fisher said Boleyn was identified as the suspect by both a witness and from evidence gathered at the scene.

“My deputy did see (Boleyn) and a motorist who was passing by at the time got a good look at the suspect,” Fisher said. The deputy, who has not been identified, was treated at a local hospital for exposure to the liquefied gas. She has since returned to duty.

Fisher said the investigation also revealed Boleyn, a registered sex offender, was not at his place of registry for over two weeks – so he’s facing another felony charge. If convicted of all charges, Boleyn could face up to 15 years in prison.