You are here: Home / Education / Group from UNI to study Arctic Winter Games 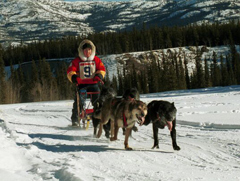 A U.N.I. professor and some students plan to study the Arctic Winter Games.

Iowa winters can sometimes be brutal, but a University of Northern Iowa professor and a few of his students will be heading to Canada’s Yukon Territory next month.

Sam Lankford, a U.N.I. professor of health, physical education and leisure services, is studying the Arctic Winter Games. A range of events are featured every other year and Lankford’s been researching them since 1992.

Lankford says, “Contemporary sports could be wrestling, basketball, ice hockey, indoor soccer and the indigenous sports are things like the Alaskan high kick, an arm pull and a variety of games that were pretty much developed to keep people in shape while they’re in tight spaces during the winter, like igloos or very small houses.”

Founded in the 1980s, the Arctic Winter Games typically draw about 2,000 athletes from the circumpolar region of the Arctic — Alaska, Russia, Canada, Scandinavia and Greenland. Lankford is studying the impact the games have on the people involved.

“I’m looking at the personal, community and social benefits of participation in the games,” Lankford says. “In other words, what are these athletes getting out of this experience and what does it do once they go back home to an isolated community for another year or two before they can come back and participate.”

People who complain about the frigid winters in Iowa have nothing on the hardy people in the Arctic region. “Greenland and the Nunavut territory in Canada were probably the most extreme,” Lankford says, laughing. “The temperatures ranged from minus-50 to minus-70 but I grew up in California, so Iowa’s cold for me, too.”

The upcoming 2012 journey will be Lankford’s 10th research trip from Cedar Falls to the icy northern region over the past two decades. The research expeditions every other year usually last between one and three weeks.