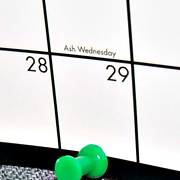 Babies born on this Leap Day will age just like the rest of us, of course, but they’ll only be able to mark their actual birth dates once every four years. The maternity ward at one of the region’s largest hospitals is nearly bursting with expectant mothers.

Paul Baltes, spokesman for the Nebraska Medical Center in Omaha, says there’s no fudging allowed on birth certificates. Baltes says, “Leap Day babies get February 29th as their official birthday and then it’s just up to the family to decide on those other non-Leap Years whether they celebrate it on February 28th or March 1st.”

Some hospitals may allow parents of Leap Day babies to choose from among the earlier or later dates for the birth certificate, but that’s not the policy in Omaha. He says it may be a very busy day on the maternity ward.

“We do actually have not a completely full house but we do have a number of patients in right now,” Baltes says. “Whether they deliver today or tomorrow remains to be seen but the possibility exists for a good number of Leap Day babies, at least here at the Med Center.”

By the time all of those babies reach 40 years of age, they’ll only have officially seen ten birthdays. Grown-ups may not care so much about that but for many children, birthdays are a very big deal. “You’re right,” Baltes says, laughing, “as adults, the older we get, the less emphasis there is on the birth date. My son has a kid in his class who has a February 29th birthday and I think he said they celebrate it on the 28th. Maybe it’s a little more special if the actual date only comes around every four years.”

For those who believe in astrology, it’s said those born on February 29th, under the sign of Pisces, will have unusual talents and personalities reflecting their special status. February 29th was first designated as a Leap Day by the Romans, but a precise formula was adopted in the 16th century, stating that Leap Days could only be in years that were evenly divisible by four.