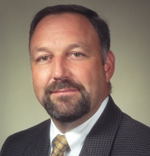 The new president of Iowa State University says he’ll be handing over the nuts-and-bolts management of the university to someone else so he can focus on fundraising and being the public voice for I.S.U. Steven Leath says “different times” call for a different approach than the one taken by his predecessor.

“I’ll be more externally focused than he was,” Leath says of his predecessor, former I.S.U. president Gregory Geoffrey. “I’ll have more of a role in advocating for the university as far as the state and federal agenda goes and you’ll see me more involved in economic development and fundraising.”

Leath has set a goal to raise $100 million from private sources during his first year at the helm in Ames. Meanwhile, Republicans in the legislature are proposing a significant reduction in state taxpayer support of Iowa State and the other two public universities in Iowa. Part of Leath’s message to lawmakers is that “high quality public education” stimulates the economy and creates jobs through its focus on innovation.

“We have an obligation as academicians and leaders of universities to explain ourselves to the legislature. I’m new here. I am going to each legislator — one at a time and in groups — explaining to the academy what we are doing now, what we intend to do and how we intend to serve the state,” Leath says. “It’s my hope that after I’m here for a while people will trust me and they’ll see such an understanding of what Iowa State University does and can do that they’ll continue to invest.”

Leath says he wants growth in the state’s economy to be “clearly traced” to Iowa State University researchers and students.

“You’ll see more public/private partnerships,” Leath says of his approach as president, “and you’ll see one big university getting this blend between education and training that’s often a controversy as to what we do in college, getting it right where our students continue to be placed at a 90-some percent rate when they graduate.”

The top academic administrator at I.S.U. is leaving, so Leath is hiring a replacement provost, and he’ll be hiring a person to serve as a chief-of-staff. He also has begun a review of facilities on campus and has found some lacking.

“We do have a great shortage of repair/renovation money, so we have a number of facilities, especially science facilities, that are unacceptable,” he says. “I looked at some in the vet school the other day and they were just horrible. It’s unfortunate that some of our faculty are working in those conditions, so we do need to beef up some facilities.”

As for staff, Leath indicates there will be “big hiring” in biology and engineering in the near future. Leath made his comments during taping of the “Iowa Press” program which airs tonight at 7:30 on Iowa Public Television.