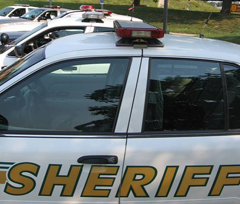 STEP Coordinator Randy Hunefeld says officers will be watching for all traffic violations, including drunk drivers.

“We know there will be a lot of partying going on over the weekend and with the added law enforcement, we recommend to the motoring public that if you’re drinking, don’t drive, because your chances of getting caught are a lot greater this weekend,” Hunefeld says.

A similar STEP wave over the St. Patrick’s Day period last year resulted in 347 people stopped for drunk driving. Iowa roads have been dangerous so far this year. Hunefeld says there have been nearly 70 fatal crashes around the state over the first two-and-a-half months.

“The sad part about that is we’ve had such a beautiful winter and the roads been clear and dry for the most part,” Hunefeld says. “Unfortunately, about 30% of those fatalities have involved victims not wearing their seat belts.”

The nearly 70 deaths this year follows 363 traffic fatalities in all of 2011, the fewest traffic deaths in Iowa in 66 years.