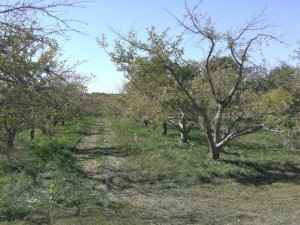 The calendar may say Spring arrived this week, but Iowans who suffer from allergies have been keeping tissues handy for weeks.

Sneezing, runny noses and watery eyes are all too common for some of us, according to allergist Dr. Linda Ford, of Omaha/Council Bluffs.

Dr. Ford says the warm winter is to blame for the latest burst of pollen.

“If you’re having problems with your allergies and you think, ‘Oh, it’s much worse this year,’ it’s because there wasn’t a gradual increase in pollen. All the trees just started exploding.”

Dr. Ford says the trees across much of Iowa usually release pollen much more gradually, but not this year.

“Starting at the end of February, we have been consistently counting pollen and as the weather got warmer, those trees just blossomed out and just exploded their pollen.”

Ford says there are many good over-the-counter medications that can help stave off allergy symptoms.

“If that takes care of it, that’s fine and dandy, you don’t have to do anything else,” she says, “but if you have more severe allergies, a trip to your doctor is important because there are other things that can be done by prescription, such as the inhaled steroid nasal sprays.”

Ford says rinsing out your nose with an over-the-counter or even a homemade saline solution can decrease the amount of pollen in the nose. Pollen can also cling to clothing so changing clothes after being outdoors can help.