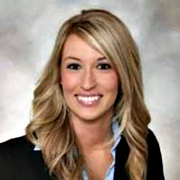 A new larger reward is now being offered in connection with the unsolved murder of a young central Iowa woman one year ago. Real estate agent Ashley Okland was killed while working at a model home in West Des Moines on April 8, 2011.

West Des Moines Police Lieutenant Jim Barrett says investigators have executed several search warrants and followed up on more than 700 leads in the case, but no one’s been taken into custody.

“It’s a complicated case, but investigators continue to work leads and we’re confident that the person who’s responsible for the murder of Ashley Okland will be held accountable for their crime,” Barrett said.

The reward for information leading to an arrest has climbed from $75,000 to $150,000. “We know that there’s someone out there who has information concerning this case, but they haven’t come forward yet,” Barrett said. “We believe that the increase in the reward may motivate that person to come forward.”

Okland, who was just 27-year-old, was shot twice. She was pronounced dead at a hospital. Investigators have not commented on a possible motive in the shooting. Anyone with information on the case is asked to call Polk County Crime Stoppers at 515-223-1400 or submit a tip online at www.polkcountycrimestoppers.org.