You are here: Home / Fires/Accidents/Disasters / Clean up continues at Pine Lake State Park 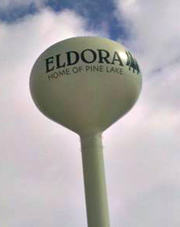 Slowly, but surely, progress is being made to clean up a popular state park in north-central Iowa nearly three years after a devastating storm rolled through the area.

In addition to badly damaging homes and businesses in Eldora, the storm killed thousands of trees in the park. To date, we’ve taken out 417 trees from the use areas and thousands of trees were killed in the natural areas. I think Mother Nature is going to have to take its course there because there’s just too much to do,” Primus says.

A tree planting event is planned early next month to replace some of the lost trees. Primus says that will include 120 six-to-eight foot trees to be planted in the campground. The Iowa Parks Foundation purchased the trees.

A grant from the Arbor Day Foundation is also helping offset the cost of 7,000 seedlings to be planted in a nearby field, where they’ll grow until needed in the park. The tree planting event is scheduled for May 2 beginning at 9 a.m. 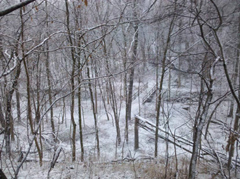 Around 100 students from South Hardin High School will help with the planting. A ceremony, which Governor Branstad is scheduled to attend, will follow at 11:30 a.m. at the Pine Lake State Park lodge.

The storm in August 2009 also damaged campers and knocked out windows and damaged roofs on park buildings.