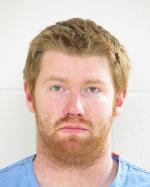 A Waterloo man is charged with murder in the weekend stabbing death of a Mason City man. Police responded to a report of a stabbing in eastern Mason City at about 2:55 AM Saturday.

On arrival, they found a male who was later identified as 24-year-old Ian Decker of Mason City on the ground with a serious stab wound. Decker was transported to Mercy Medical Center-North Iowa by the Mason City Fire Department where he later died.

Officers stopped the suspect in the case within a few minutes of the call on the eastern side of Mason City.

Twenty-two-year-old James Farnsworth II of Waterloo has been charged with first-degree murder in connection with the stabbing. Police say Decker and Farnsworth knew each other and that they are not looking for any other suspects in connection to this case. Farnsworth continues to be held in the Cerro Gordo County Jail on $100,000 cash-only bond.

He’s scheduled to make an appearance in court on Thursday.