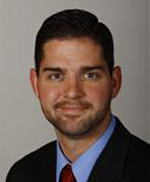 A partisan stand-off abortion-related policy has ended and it appears the 2012 Iowa legislative session could conclude in a few hours.

Republicans wanted to pass new restrictions that would prevent any state tax dollars from reimbursing Planned Parenthood for things like cancer screenings, tests for sexually-transmitted diseases or reproductive health exams.

They also sought to forbid Medicaid patients who’re victims of rape or incest from getting a state-paid abortion. Representative Matt Windschitl, a Republican from Missouri Valley, says negotiators could find common ground and decided to table the abortion issue.

“We hit an impasse. House Republicans feel strongly and Senate Democrats feel strongly,” Windschitl says, “so at this point in order to fulfill our commitment to Iowans and make sure that we’re funding our priorities, we took the impasse, we removed it from the rest of the priorities that we need to take care of and it’s going to continue to be a discussion point.”

But not in the context of this year’s state budget. Windschitl expects the abortion issue to be a campaign issue in the fall.

“I believe Iowans across this state — Republicans, Democrats, independents alike — do not support the concept of having their tax dollars going to fund abortions,” Windschitl says.

Senator Jack Hatch, a Democrat from Des Moines, says he doesn’t think it will be a campaign issue.

“No, I don’t think so,” Hatch says. “I think the Democrats are going to look how Republican policies and Republican statements are accumulating, you know, in regards to women and women’s health.”

Another Democrat in the Iowa Senate a few weeks ago accused Republicans of waging a “war on women.” Hatch didn’t use that phrase today. Hatch says Iowans “are tired” of abortion being used as a campaign issue.

“Those that are really very strong in favor of abortion restrictions may try to take advantage of it,” Hatch says. “But I think Iowans are comfortable with existing law.”

With this decision behind them, legislators are speeding toward conclusion of the 2012 session.