You are here: Home / News / Tax credit would be boosted for investors under proposal that’s back in play 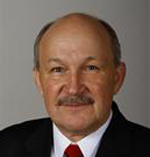 A proposal to boost a state tax credit for businesses that participate in a state-run investment pool for start-up companies has been resurrected.

“We really didn’t have any takers for that because of it being a new fund and no fund history and being at 20 percent, it just wasn’t working,” Dotzler says.

This afternoon, the Senate Ways and Means Committee approved a bill that increases the tax credit to 50 percent and makes it transferable. The bill requires disclosure of that transfer to state officials. Dotzler says that will hopefully prevent a repeat of the state film tax credit fiasco.

“We were very careful in looking at the problems that we experienced in the past to make sure that we had the accountability in this,” Dotzler says.

The bill must next be considered by the full Senate. Earlier this year the House endorsed the idea of increasing the tax credit — all the way up to 100 percent, but did not require any public disclosure of the transaction.

The 2012 legislative session could be in its final hours — but lawmakers have been struggling to reach final agreements on some politically-complicated issues. Dotzler offers this observation:

Governor Branstad met privately this afternoon with legislative leaders, but there’s no word on whether a property tax reform deal has been resurrected.