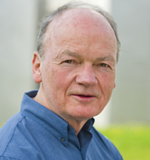 A retired University of Iowa professor who’s taught classes about how governments finance infrastructure projects says a bill that cleared the 2012 Iowa legislature is merely a start at controlling special taxing districts that critics say cities and counties are abusing.

Economist Peter Fisher says there are “some good parts” to the legislation which addresses what are called “Tax Increment Financing” districts.

“The reporting requirements are quite strong and needed in a program that’s as confusing and complex as TIF,” Fisher says. “Taxpayers need to be able to figure out what’s going on and this should help a lot.”

And, according to Fisher, the bill also makes a start at preventing local governments from using these financing schemes to lure businesses out of other Iowa cities. But Fisher faults lawmakers for failing to put any limits on the scope of these special districts.

Cities, for example, are able to declare an area of the city as a “tax increment financing district” and, after businesses pop up in the area, all the new property tax revenue is diverted to pay for other improvements — not just streets, but even swimming pools in some instances.

“I think we can hope that the reporting requirements will lead to a broader understanding of TIF and pressure for more significant reforms of TIF the future,” Fisher says.

Fisher is research director for the Iowa Policy Project and he’s written an analysis of this particular piece of legislation for the Iowa Fiscal Partnership. The bill is not yet law. It’s awaiting Governor Branstad’s signature or veto.