You are here: Home / Crime / Courts / Woman charged with child endangerment for allowing sex offender in her home 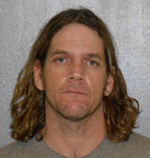 Two residents of northeast Iowa are facing charges after authorities discovered a convicted sex offender living in a home with three children.

Deputies say they learned Brehme moved into the home of 35-year-old Jodi Jean Druecker  of Arlington about a month and a half ago.

It was also discovered that Druecker had three children living with her and at times left them under Brehme’s supervision. Druecker is now charged with child endangerment.

Her children were removed from the home by the Iowa Department of Human Services.