The U.S.S. Iowa is in the middle of its journey to a new, permanent home. 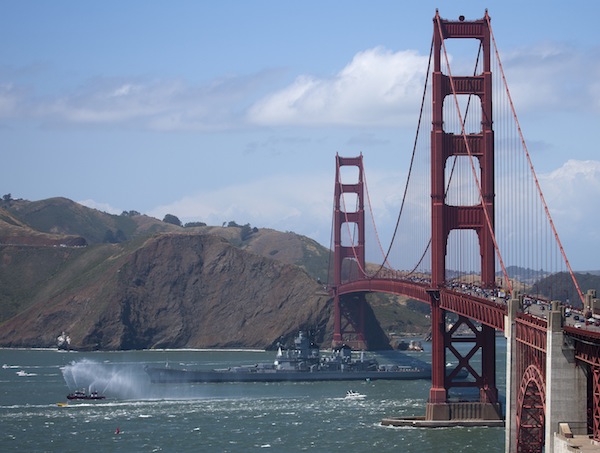 A tug boat named “Warrior” guided the U.S.S. Iowa battleship under the Golden Gate Bridge in San Francisco Bay on Saturday. The U.S.S. Iowa had been anchored in a salvage yard, but the U.S. Navy has handed the ship over to the Pacific Battleship Center. The U.S.S. Iowa, which was built in 1940, will become a floating museum at the Port of Los Angeles.

You can follow the battleship’s progress on its final voyage here. It should reach Los Angeles on Wednesday.