You are here: Home / Crime / Courts / Charges filed in case of $360,000 missing from school district 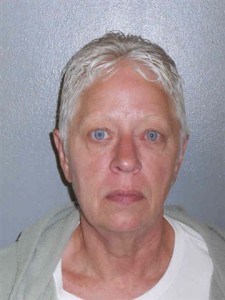 A northeast Iowa woman was arrested this morning for allegedly stealing money from the Starmont Community School District. Vicki Vanter, 61, of Strawberry Point was the district’s business manager until October 2010.

State Auditor David Vaudt says his office found Vanter was responsible for nearly $230,000 of improper disbursements. “That included $115,000 of district money that she used to pay personal credit card debt, $58,000 in improper salary and benefits, and another $33,000 of improper payments to vendors to pay off a car loan, education for her daughters and so forth,” Vaudt says.

Vanter’s former boss could also face charges in the case. Vaudt says the state audit found Gary Stumberg, the former superintendent of Starmont schools, was responsible for more than $133,000 in improper payments.

The Fayette County Sheriff’s office today only revealed the charges filed against Vanter, but noted more arrests could be made. If convicted on the theft charge, Vanter could face up to 10 years in prison. Stumberg left the Starmont School District in April 2011 to become the chief administrator of the Keystone Area Education Agency in Elkader.

Vaudt says the state audit involved a review of the Starmont School District’s books dating back to 1993.