You are here: Home / Agriculture / 2012 World Food Prize winner is from Israel 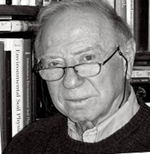 A scientist from Israel will be awarded with the Iowa-based World Food Prize later this year.

The announcement was made this morning at an event in Washington, D.C. Kenneth Quinn, president of the World Food Prize Foundation, says the $250,000 award will be presented in October to Daniel Hillel.

“We have two firsts this year,” Quinn told Radio Iowa. “Never before have we recognized anyone from the Middle East with our prize. Secondly, this is the first time that it is going to an individual who has worked in water management and irrigation.”

Hillel is credited with the development of “micro-irrigation” — bringing more efficient water usage to crops in some of the driest regions on the planet. “The old way or doing it was that you would bring in so much water that you would flood an area, super-soak the land, and then let it dry out,” Quinn said.

“His approach…uses plastic tubing and very small, steady amounts of water that goes directly to each plant and allows it then to prosper.” Quinn also noted that Hillel has dedicated his life to promoting peace. Hillel’s work in confronting hunger has bridged broad political, ethnic and religious divides in the Middle East.

Quinn said nominations for Hillel to receive the World Food Prize were submitted by organizations and individuals in the United Arab Emirates, Egypt, Jordan, Israel and other countries around the world. The 2012 World Food Prize, which is referred to as the Nobel Prize of agriculture, will be presented to Hillel on October 18 with a ceremony at the Iowa State Capitol.