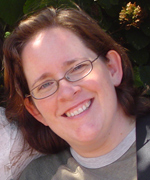 The nationally-touring Broadway production of the musical “Billy Elliot” opens in Des Moines tonight on its only stop in the state and an Iowa native is helping run the show.

Melissa Chacon is the stage manager, which might be described as a combination of ringleader, mother, magician, drill sergeant and psychic.

“We try to predict what people are going to need and make whatever is going on easier,” Chacon says. “We do a lot of organizing, scheduling, in the rehearsal process as well as once the show is up, we try to manage the backstage area.”

It’s no easy task, considering there are 42 cast members and dozens of crew, from costumers to carpenters. Chacon was born in California and moved to Des Moines when she was just a few years old. She studied journalism and TV production at the University of Iowa before changing course into live theater.

She says the controlled chaos of being backstage at a big production is where she’s in her element. “I don’t panic very much so it’s pretty manageable for me,” Chacon says. “For some reason, when things are hectic around me, I keep a pretty level head so it’s easy for me. I always keep my eye on the big picture while paying attention to the details.”

The storyline of “Billy Elliot” follows a boy’s journey of pursing his dreams, shifting from the boxing ring to ballet. As far as her dreams, Chacon says she’s just fine being behind the curtain and doesn’t long to be in the spotlight.

“Absolutely not,” she says. “I’ve never, ever, ever, ever wanted to be on stage. I really enjoy what I do and my part of the collaborative nature of theatre. I’ve had times when I’ve had to run on stage and hand an actor a microphone and immediately go off stage. My hands and legs were shaking. Definitely, not for me.”

The lifestyle demands adaptability, as they’ve been on tour since rehearsals began in New York last September and they’ll be traveling the country until at least June of 2013. After that, who knows? “It’s a gig-to-gig kind of industry,” she says.