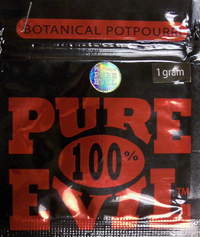 A nationwide ban on synthetic drugs like K-2, Spice and “bath salts” is speeding through Congress and should be law within a matter of days. Iowa Senator Chuck Grassley authored the legislation and attached it to a larger F.D.A. bill.

Grassley says the measure is named for an Indianola teenager who killed himself two years ago, just 90 minutes after smoking K-2 for the first time.

“The David Mitchell Rozga Act, that’s part of the FDA bill which should go to the president’s desk this weekend, would ban the drugs that constitute K-2,” Grassley says.

“The legislation will help to remove these poisons from our store shelves.” The synthetics are purchased online, at gas stations, in shopping malls and in novelty stores.

Poison control centers and emergency rooms in Iowa and around the country report a skyrocketing number of cases involving synthetic drugs. Some users report seizures and hallucinations while others become violent.

“Just as an example, a few weeks ago, a man in Miami attacked a homeless man and ate nearly half of his face before people had to shoot him to stop him,” Grassley says. “Bath salts are suspected in that attack.” While the legislation spells out definitions of the drugs that are being banned, makers can change the chemical make-up slightly in order to make a “new” drug that’s legal. 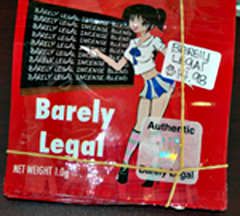 Unfortunately, Grassley says his bill likely will not be able to keep the chemists from quickly rolling out some new, potential-killer drug. “I don’t think so,” Grassley says. “I think what we’ll do is be back here next year, probably making illegal the follow-on drugs that you’re talking about.”

He says there is a way to create a broader ban on a category of drugs but that’s a more complicated legal process. The Iowa Legislature passed a bill updating the state ban on the sale of synthetic drugs in the last session. The governor signed the bill into law.

The state also created a public service campaign about the dangers of synthetic drugs that features First Lady Chris Branstad.