You are here: Home / Fires/Accidents/Disasters / Montour on boil order after hydrant used to fill a swimming pool 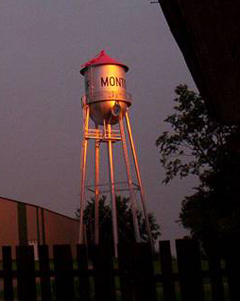 A small town in central Iowa is under a boil advisory after officials say a local resident connected a hose to a fire hydrant to fill a swimming pool.

Rhonda Guy, water treatment operator with the city of Montour, says the action quickly dropped the water pressure in the area.

“He pulled water from a two-and-a-half inch hydrant in one of the higher elevation areas in town, so there was no preventative measure to keep the pressure stable in that particular area of town,” Guy said.

“It dropped (the water pressure) very quickly and then it struggled to come back.”

The man who tapped the hydrant to fill his pool could face charges. His name has not been released. The incident was reported late Sunday afternoon.

“As it was happening, several neighbors lost (water) pressure and started making phone calls,” Guy said. “There was one neighbor in particular who saw what was happening and realized that was the issue and reported it.” When water pressure is low, there’s a chance bacteria can enter the system.

Montour residents are asked to boil water before using it for drinking, making ice, food preparation or brushing teeth. Two sets of water samples much be approved before the boil advisory is lifted. Guy expects the advisory could be lifted by tomorrow afternoon.

Montour is located in western Tama County and has a population of around 250 residents.