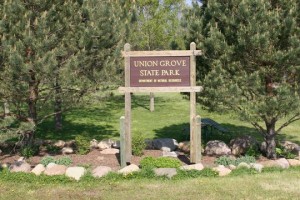 A state park in east central Iowa is back in business, just in time for Independence Day, after a major renovation that took longer than expected.

Roger Thompson is manager of Union Grove State Park, located near Gladbrook in Tama County. “We leveled a lot of the campsites off, upgraded the electricity to 50 amp and added water and sewer to selected sites,” Thompson says. “A camping cabin was built and we added a shower building.”

The $400,000 campground renovation project was delayed due to cleanup from a heavy rain and windstorm last year. Thompson says 284 trees were lost in the park’s maintained areas, while thousands of other trees were downed in the park’s woods.

Originally, the renovated campground was scheduled to open in April of last year, but the storm delayed the opening until last weekend. The project took nearly two years to complete. “We’ve been looking forward to this day for quite a while,” Thompson said. He’s hoping the improvements will bring a boost in business.

Some of the park’s amenities include hiking trails and a lake. “The lake is 110 acres with some excellent pan-fish fishing,” Thompson said.

(From Iowa DNR press release) Union Grove State Park campground is not on the reservation system for 2012, making campsites available only on a first come, first served basis. Reservation of the “modern family cabin” can be made by stopping by the park office or calling the park at 641-473-2556.