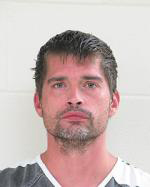 For the second time this year and the third time in 12 months, there’s been a murder in Mason City.

Mason City police confirm that they responded at about 12:40 Tuesday morning to the northern side of downtown concerning the report of suspicious activity.

On arrival, they discovered the body of 40-year-old Sarah Winters of Mason City in the apartment. Winters was unresponsive and paramedics were called to the scene to administer treatment. Winters was transported to Mercy Medical Center-North Iowa, where she was later pronounced dead.

Police have arrested 34-year-old Aaron Harris of the same address and charged him with first-degree murder. He’s currently being held in the Cerro Gordo County Jail. Mason City police say the investigation continues.