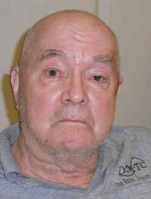 Authorities in northeast Iowa have arrested a 75-year-old man on charges that he sexually abused several young boys. The Fayette County Sheriff’s office launched an investigation after being contacted by the Iowa Department of Human Services.

The DHS is working with the alleged victims and their families. On Tuesday, deputies executed a search warrant at the home of Benton Stong in Oran. They seized a number of computers, video equipment, videos, photographs and software.

Stong was arrested and charged with four counts of sexual exploitation of a minor and three counts of second-degree sexual abuse. A press release indicates deputies have identified four victims, all boys under the age of 12, but more victims could be discovered as the investigation continues.