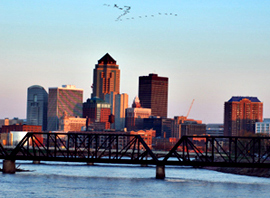 A national publication says Des Moines is the best city in America for young couples who want to raise children.

The top-place ranking is being released by Kiplinger’s Personal Finance magazine, where senior editor Sandra Block says Iowa’s largest city was the leader by far, based on a host of criteria.

“What we looked at was cost of living, quality of schools, availability of good jobs, the unemployment rate and housing costs and Des Moines ranked very high on all of those measures.”

The rankings also include separate lists of best cities for young adults, professionals, empty-nesters and retirees. Block says Iowa’s capitol city has consistently ranked well in the annual survey but this is its first time at the top.

“Because it has such a large financial sector, it has a lot of good jobs and good-paying jobs, but at the same time, the cost of living is low which means parents with a couple of kids can get a nice house with a yard, not have to worry about sending their kids to private school and still have money left over to save for college and that’s very important to a lot of families.”

While Des Moines was tops on the list, Manchester, New Hampshire, was number-two, followed by: Trenton, New Jersey; Dallas, Texas and Rochester, New York. See the full rankings at: www.kiplinger.com.