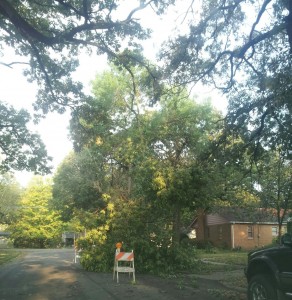 Several thousand Iowa homes were without power overnight after a band of severe thunderstorms rolled across much of the state, bringing heavy rain and high winds.

Meteorologist Kevin Deitsch, at the National Weather Service office in Johnston, says parts of northern Iowa got the worst of the damage.

More than 6,000 Alliant Energy customers in north-central Iowa were without power at about 2 AM but extra crews have been brought in and by mid-morning had whittled down the number of customers without power to around 2,000.

While damage reports are still being compiled by authorities and the National Weather Service, there aren’t any reports of any injuries sustained due to the storm. 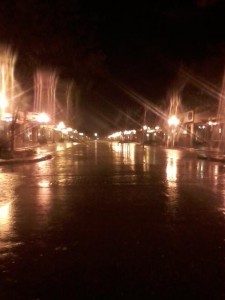 Some areas got more than a half-inch of rain. Deitsch says Iowans may get more rain later in the week.

“Another pretty potent system is going to be moving through and we could see some additional showers and thunderstorms Thursday night and into Friday,” he says.

While parts of Iowa saw unseasonable high temperatures on Tuesday in the 90s, including a 99-degree reading in Boone, highs today should be closer to normal in the 70s and 80s statewide.