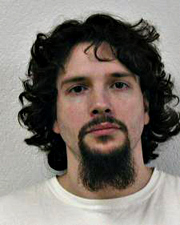 Authorities gathered in the northeast Iowa town of Floyd today to announce they’ve filed charges in a more than 7-year-old homicide investigation.

Chari Paulsen, assistant director of the Iowa Division of Criminal Investigation, opened a news conference at the Floyd Community Center.

Evelyn Miller disappeared from her mother’s apartment in Floyd on July 1, 2005. Her body was found five days later along the Cedar River in Charles City.

Frederiksen was the live-in boyfriend of Evelyn’s mother, Noel Miller. He is currently serving prison time for child pornography and drug charges.

Frederiksen is now charged with first-degree murder and first-degree sexual abuse. Paulsen said Frederiksen has implicated himself in Evelyn’s death in comments he’s made to other prisoners.

“Some of those (inmates) were willing to talk with us and provide us with information,” Paulsen said. “He made statements about Evelyn having clothes on when her body was found and that (information) wasn’t released…having touched her body and helping carry her to the (river)…things like that.” 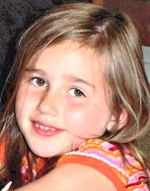 An affidavit released today revealed for the first time how Evelyn died.

A medical examiner determined the young girl was stabbed in the neck and there was evidence of sexual assault. Since Evelyn’s death, her mother, Noel, has moved to California. Evelyn’s grandparents, Richard and Linda Christie of Waterloo, spoke at the news conference.

“It’s kind of a bittersweet moment for us,” Richard said. “Casey was actually a very close friend of my sons and we used to drive him to school in Charles City quite frequently. So, it’s a tragedy both ways to see what has transpired.”

Linda said she’s not ready to forgive Frederiksen for his alleged crimes involving her granddaughter.

“It’s too early to forgive him. He has done hideous things,” Linda said. “I am not in the mood to forgive someone who could do that to an innocent little girl.” Richard said it’s been a painful seven years since Evelyn’s death.

“This is the happiest day in the last seven years we’ve had,” Richard said. “We’re very thankful for this…and we’re very hopeful and prayerful that justice will be served.” Authorities said, thus far, they’ve been unable to reach Noel Miller to tell her about the developments in her daughter’s death.

Noel Miller lost custody of her two sons she had with Frederiksen. They were placed in foster care shortly after Evelyn’s murder.

Paulsen said most of the evidence that led to today’s charges was gathered between 2005 and 2009 and investigators had long considered Frederiksen the primary suspect.