You are here: Home / Crime / Courts / Remains found in Sac City could be former home owner 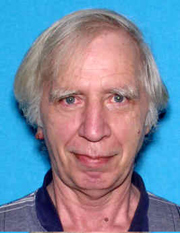 The skeletal remains were found as the new owner of the property in Sac City was cleaning the basement.

Sac City Police Chief John Thomsen says “all signs” point to the remains being that of Koster. “Common sense would tell you it’s a very good possibility it’s him, but we have no idea. I mean, he had another subject who was supposedly living with him at the time,” Thomsen said.

An autopsy is being performed by the state medical examiner. Thomsen said investigators never determined who may’ve been living with Koster and nothing suspicious was found in his home back in 2009.

No one has lived in the home since Koster disappeared. He was declared legally dead in October 2011. Koster’s family sold the home in May.

Thomsen said the new owner planned to remodel and resell the home.