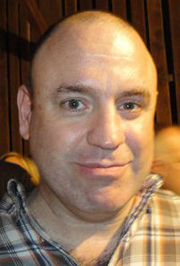 Iowa has its own version of Nate Silver, the statistician who wowed the country last week with his political predictions.

Fifty-year-old Bill Mandelbaum of Des Moines first started making election predictions in the early 1980s when he was in college at the University of Northern Iowa and quickly found he had a real gift for it.

“After the results came in, I got most everything correct except for a few and I told people that,” Mandelbaum says.

“After a while, they said, ‘Why don’t you put it on paper and send them out before and then do a follow-up report to see how you do?'” Mandelbaum did just that and now uses email and Facebook to post his predictions — and the results — to many hundreds of people every two years.

This year, Mandelbaum sent his predictions out on November 1st, and then revealed the results last Wednesday, the day after Election Day. “On this particular result, I made 540 predictions and I got 518 correct,” Mandelbaum says. “Percentage-wise, that’s 95% correct.”

Mandelbaum earned a degree in statistics and economics at U.N.I. in 1986. For the past 21 years, he’s worked in the Building Services Division of Des Moines-based publishing giant Meredith Corporation. He says he’d never gamble on his gifts as it’s all for fun and he’s simply fascinated by statistics and politics.

“I’m kind of a political news junkie and I follow the news like crazy,” Mandelbaum says. “I love statistics. I did well in math in high school and college and I have a good photographic memory of things.” Mandelbaum says he has turned his gaze to some sports contests, like trying to predict the winner of the Super Bowl, but his real passion is predicting political races.

He has yet to attain a perfect score, but he’s coming closer and closer, and Election Day of 2014 isn’t too far away.