You are here: Home / Crime / Courts / Waterloo man shot and killed by police 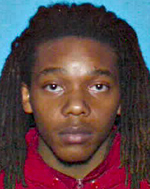 A Waterloo man was shot and killed by a police officer over the weekend. Waterloo police were called to a bar on the city’s east side around 1:45 Sunday morning after receiving a report of shots being fired.

Officer Kyle Law was the first to arrive on scene, and reportedly saw 22 year-old Derrick Ambrose Junior pointing a gun at a group of people.

Law ordered Ambrose to drop his weapon, but Ambrose instead took off running, with Law following in pursuit. At one point, Ambrose stepped out from behind a tree, and Law fatally shot Ambrose in the head.

Law is a three-year veteran of the Waterloo police force, and has been placed on administrative leave pending the outcome of an investigation into the shooting.

The state medical examiner’s office is expected to perform an autopsy on Ambrose’s body today.