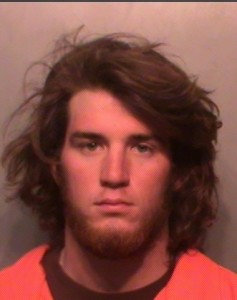 The destruction to the Jolly Holiday Lights displays was discovered early Sunday morning by a security guard. Damage is estimated at $25,000 to $30,000.

Every year, thousands of people pay to drive through the 3.5 mile long display – which raises money for the Make-A-Wish foundation. Rob Kelly, with Make-A-Wish Iowa, says Jolly Holiday Lights accounts for up to 25% of their annual funds that benefit sick children.

“That was the first thing we thought of is our wish kids and wanting to make sure that every eligible child receives a wish,” Kelly said. “When you get things like this happening, you wonder and worry about the event and will it be able to bring in the funds?”

Volunteers responded on Sunday, cleaning up the mess so the attraction opened on time Sunday night. Around 15 to 20 of the giant, lighted displays were damaged.

“Some of them we were able to mend, some of them are not going to be able to be fixed,” Kelly said. “But, the show opened on time and we didn’t miss a night. It’s still a spectacular show.”

Justin Arey, 20, of Des Moines is charged with first-degree criminal mischief. Police say he admitted driving his vehicle through and into the displays. Investigators said they caught up with Arey after finding the license plate from his car among the wreckage of the light displays.