You are here: Home / Crime / Courts / Mother of Sandy Hook victim a native of Sabula, Iowa 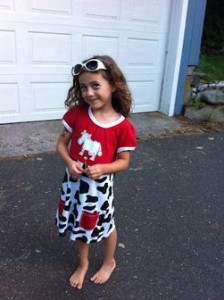 The mother of one of the 20 children killed in last Friday’s shooting at Sandy Hook Elementary School in Newtown, Connecticut grew up in the small eastern Iowa town of Sabula. Jennifer Richman and her husband, Jeremy, lost their only child, 6-year-old Avielle Richman.

Avielle’s grandparents, Tom and Judy Hensel, still live in Sabula. Their neighbor, Deb Warner, says many people in the Jackson County town are heartsick. “It’s a very hopeless feeling,” Warner says. “Our class sent a teddy bear and a blooming plant and there’s that feeling – what else can we do?”

The Richmans moved to Connecticut from San Diego, California a couple years ago. Warner and Jennifer Richman were classmates, both graduating from East Central High School in Miles, Iowa in 1984. A group of Richman’s friends has set up a memorial fund at Aiges Credit Union, where Warner works, in Clinton.

Money donated to the fund will be sent to the Richmans in Newtown. “The family can decide what they want to do with it,” Warner said. “I thought they may want to start a scholarship fund for other kids at the school, but it’s for whatever they want to do.”

Warner and Richman were two of just 38 graduates of the East Central Class of ’84. “Out of the 38, I’ve already heard from 15 people,” Warner said.

The obituary for Avielle Richman states the first grader had a “spitfire personality” and loved to tell stories. The girl’s family wrote: “She offered her heart to everyone. With an infectious smile and peals of laughter, people were drawn to her beautiful spirit, which will live on in all of our hearts.” Jeremy Richman documented her daughter’s life in a blog he titled Avielle’s Adventures. The blog includes highlights of a road trip to Sabula, Iowa this past July.

Anyone can donate to the memorial fund. The address to send money is: