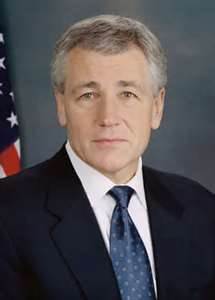 Hagel is a Nebraska native, a decorated Vietnam War veteran and served a dozen years in the U.S. Senate.

“I liked Hagel as a person, got along with him pretty good as a senator,” Grassley says. “I don’t know that I had any close relationships with him but it was always friendly, maybe because we’re both Midwesterners, fairly close.”

Hagel has come under fire for comments he’s made against the “surge” of troops in Iraq and statements that are perceived to be critical of Israel.

From what he’s read, Grassley says it’s possible Hagel doesn’t want the United States to take “a leading role in preserving peace around the world,” but that, Grassley adds, is the purpose of the confirmation hearing.

“These are all pretty important questions,” Grassley says. “He could convince people that everything’s taken out of context and I’m willing to listen to that point of view. He could have a confirmation conversion, that means he’s going to say he didn’t really mean what he said even if he did mean what he said. Or he could just simply ratify what people think about him.”

Hagel served with the Army in Vietnam in the late 1960s and was awarded two Purple Hearts. He won two terms as U.S. Senator in Nebraska, serving from 1997 to 2009. He has been the co-chair of the President’s Intelligence Advisory Board and a member of the Secretary of Defense’s Policy Board. Hagel teaches at Georgetown University in Washington, D.C.

Hagel would become the first Vietnam veteran and the first enlisted soldier to serve as the head of the Pentagon but Grassley says the confirmation hearings may quickly become heated.

Tower was nominated by President George H-W Bush and was rejected by the Senate 53-47 based mostly on concerns about his personal life, reports of alcohol abuse and womanizing. Tower’s rejection marked the first time the Senate had tossed a cabinet nominee of a newly-elected president.