You are here: Home / Agriculture / USDA: Even with all that snow, we’re still very much in a drought 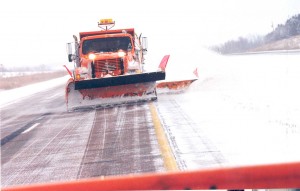 A new federal report finds well over half the country is still in a drought, including all of Iowa and several neighboring states.

USDA meteorologist Brad Rippey says it’s easy to forget about the drought during wintertime, because there’s no blazing heat and lots of snow, but he affirms, the exceptionally dry weather is continuing.

“We still have 61.09% of the contiguous U.S. in drought,” Rippey says. “That is down nearly three-quarters of a percentage point from December 25th but it does still leave, obviously, a significant portion of the country in drought.”

That’s virtually unchanged since July when about 60% of the nation was in drought conditions. Rippey says we need to be prepared for the long-haul.

Rippey says, “It is not unusual, especially across the western half of the country, for droughts historically to last many years, in the vicinity of a decade.” The famed Dust Bowl drought started in 1931 and lasted until 1940. Rippey isn’t predicting this drought will continue that long, but he reminds, it can happen.

While we’ve all heard of a flash flood, Rippey says the “flash drought” isn’t nearly as well known, although Iowa saw a couple of them this past summer.

“It is a very fast-developing phenomenon where you have high temperatures and little-to-no rainfall for a short period of time, on the order of one to two to three weeks,” Rippey says. “That’s the situation we’ve seen many times in the last couple of decades where crops get into trouble very quickly.”

While the report finds a large portion of the country is in drought, that includes all of the following states: Nebraska, Kansas, Iowa, Oklahoma and South Dakota.

While parts of Iowa have seen a foot of snow or more already this winter, the report says to overcome the drought, it may take up to eight-feet of snow.