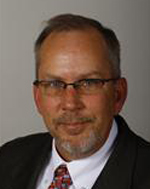 A couple of members of the Iowa House plan to propose legislation in response to the president’s new gun-control initiatives, but a key senator says those bills are going nowhere.

Representative Tom Shaw, a Republican from Laurens, is sponsoring a bill that he says will protect gun owners.

“It basically says the federal government cannot come in and take our firearms. We will stop them,” Shaw says. “An Iowa citizen would not have to comply with registration or any type of confiscation, so it’s just a matter of the state standing up for their citizens.”

Senator Rob Hogg, a Democrat from Cedar Rapids, is chairman of the Senate Judiciary Committee and he calls Shaw’s bill “crazy.”

“I understand the House has — they had last year — a bunch of crazy proposals on guns and I have no interest in having any of those come over,” Hogg says. “If they want to waste their time in passing them, they will be dead on arrival in the state senate because we’re not doing that.” 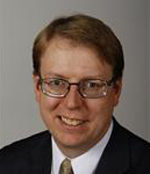 Nevertheless, Representative Shaw plans to sponsor another bill that would let anyone with a permit to carry a concealed weapon carry their gun on school grounds.

Senator Hogg plans to pursue a different course in reaction to what happened at that Connecticut elementary school.

“We are focused on something that is within the state’s power, which is improving mental health, especially in those circumstances where we can also improve public safety by that.” Hogg says. “There shouldn’t be a person in the state who needs mental health services who can’t obtain those services.”

President Obama unveiled a series of recommendations today, including universal background checks on all gun sales, but the president is not recommending that all guns be registered. Obama is calling for a ban on so-called assault weapons and he’d limit to 10 the number of bullets that can be sold in a magazine or gun clip.