You are here: Home / Crime / Courts / Parents say son was bullied by school leaders at Grinnell-Newburg 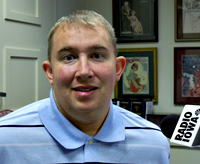 A Grinnell couple has filed a lawsuit against administrators and a counselor in the Grinnell-Newburg school district alleging their eight-year-old son was bullied by the adults after he reported being bullied by another student.

Thirty-three-year-old Matt Gannaway says his son Ethan was subjected to verbal taunts by another student on the playground and reported it.

Gannaway says Davis Elementary School principal Jeff Kirby turned on his son during the investigation when Kirby said there were some discrepancies in the boy’s story.

“He had put Ethan in a chair in his office, or wherever Ethan had been sitting…and made Ethan repeat after him ‘I will not lie, I will not lie.’ And it just, number one it scared Ethan, and it upset him. And to this day it has traumatized him,” Gannaway says.

Gannaway says a school counselor, Nikki Tews, also accused Ethan of lying about what happened when the boy identified the other student who had called him names. The Gannaways and school district worked out a plan to try and deal with the situation. 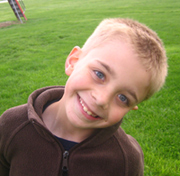 Gannaway says he went to Abrahamson’s office and was carrying his 18-month child along with him, and before he even had a chance to say anything, Abrahamson got on the phone and called police.

Gannaway says the superintendent filed two separate criminal trespass notices against him, preventing him from being on school grounds or attending parent-teacher conferences.

Gannaway and his wife Jessica eventually pulled Ethan out of Grinnell-Newburg and moved him to the East Marshall School District.

The lawsuit says the school administrators denied Ethan Gannaway due process in investigating the bullying claims, the no trespass orders were improperly used against Gannaway, the school breached its duty to act in behalf of the well being of Ethan, and the actions caused severe emotional stress.

Matt Gannaway says he can’t believe the district would act this way with all the attention that’s been placed on anti-bullying efforts in the state. “I wasn’t surprised that it happened from one student to another. I was very surprised that it happened from an administrator or a teacher to my child. It happens in every school, every day between students, it’s part of growing up, the name calling the pushing,” Gannaway says.

He says his family is seeking unspecified damages for the expenses they have incurred from the additional travel time caused by moving Ethan to another school, and for medical and emotional distress. Des Moines attorney, Roxanne Conlin is representing the Gannaways.

“We don’t want this to happen to any child anywhere. The whole philosophy of the anti-bullying movement is to keep children safe,” Conlin says. “And instead of being kept safe, when Ethan complained of bullying, he became the victim of bullying at the hands of adults in charge of the school district.”

Gannaway says he was not able to attend the school board meeting where the open enrollment was approved for Ethan to go to his new school. He says other parents stepped forward and represented him. Conlin says that action is telling.

“From the community response we have learned that this is not the first time that instances like this have occurred in the Grinnell school district. So there are problems there that need to be addressed,” Conlin says. The lawsuit file din Poweshiek County asks for a jury trial in the case.

Radio Iowa called Superintendent Abrahamson and a contact at the school said he was out of the office and she would pass along the request for a response.