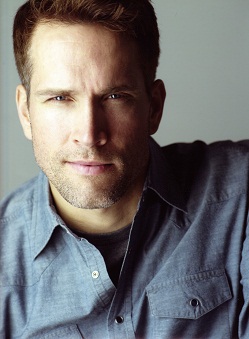 A musical makes its Iowa debut on a Des Moines stage tonight that skewers organized religion and up-ends what most people think of as a musical.

Actor and 1992 Drake University graduate Mike McGowan says it’s a safe bet there won’t be many Mormons in the audience for the opening of “The Book of Mormon.” The religious satire won acclaim on Broadway, but he says the humor isn’t for everyone.

“There’s a huge fan base for the show because Matt Stone and Trey Parker are the creators of ‘South Park,’ and so people coming to the show are going to expect the shocking, irreverent kind of style that is their comedy,” McGowan says. “What I think people are really going to love about the show is, it has a huge heart and in a weird way, it’s very old fashioned.”

Iowans might be surprised to hear “The Book of Mormon” has some of its roots in a classic musical from 1957, created by Mason City native Meredith Willson.

“Bobby Lopez, our composer, says one of the models for the show is ‘The Music Man,’ which obviously is important to people in Iowa,” McGowan says. “It’s kind of the story about someone who comes to a small town with a kind of fake idea to sell, but in the process, the idea really works and it changes people’s lives.”

The story follows two young Mormon missionaries who are sent to a remote African village that’s being torn apart by war, famine, poverty and AIDS. Those serious issues are a sharp contrast to the naive, white missionaries’ who have a hard time connecting with the black natives. McGowan says the musical’s humor pushes and often crosses the line. 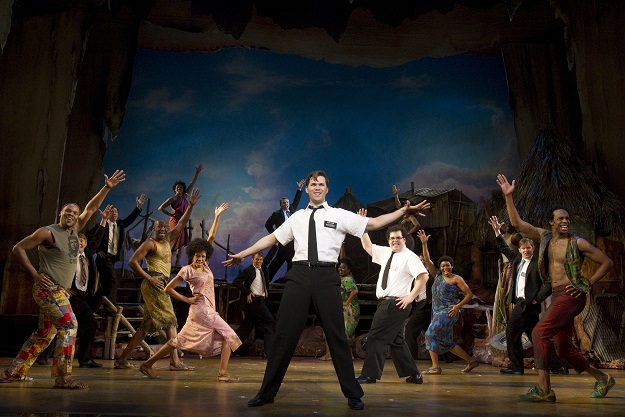 “You expect that from ‘South Park,’ and you’re like, ‘Oh, my God, this is most shocking thing I’ve ever heard in a musical,’ but what you don’t suspect and I think this is where the show is really successful is, by the end of the show, you care so much about these characters. You want them to succeed and you want them to be happy,” McGowan says. “I’ve had friends who’ve seen the show a few times and by the end, they’re in tears.”

The show opened on Broadway in 2011 and won a host of awards, including nine Tony Awards, one for Best Musical. The original recording became the highest-charting Broadway cast album in more than four decades, reaching number-three on the Billboard charts.

The 42-year-old McGowan, a native of Sioux Falls, South Dakota, plays multiple roles in the musical, including the religion’s founder, Joseph Smith. The show runs through February 3rd at the Civic Center in Des Moines.