You are here: Home / News / Sledding bill easily slides out of House committee 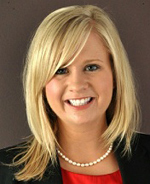 A bid to grant Iowa cities some immunity from lawsuits over sledding accidents on city property is gaining speed in the Iowa House.

Last year’s attempt to give cities blanket immunity for sledding accidents on golf courses and other city-owned property failed. This year’s bill would apply only to accidents on city property specially designed and designated as a sledding area.

According to Representative Megan Hess of Spencer, cities get immunity from lawsuits involving other dangerous pursuits.

“Basically what this bill does is make sledding consistent with other, similar activities: bicycling, canoeing, skateboarding, unicycling,” Hess said during the House Judiciary Committee meeting.

“I think with sledding, mostly that’s something that kids do and kids will sled wherever there’s a hill. If the city owns it, fine, and if the school owns it, fine,” Lensing said. “It doesn’t matter. Kids are going to sled.”

And Lensing said no city in Iowa has a sledding park or hill today that would meet the standards in the bill.

The bill cleared the House Judiciary Committee on a 12-8 vote and awaits debate in the full House.