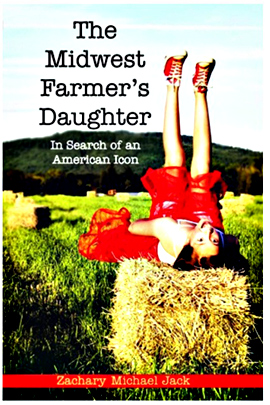 An author who grew up on an eastern Iowa farm is focusing his latest book on what he says is a disappearing American icon. Zachary Michael Jack says his book, “The Midwest Farmer’s Daughter,” is an effort to advocate on behalf of farm families and to provide a historical look at a way of life that’s vanishing.

“It was a lot of traveling and a lot of interviews,” Jack says. “I interviewed dozens of farmer’s daughters and female farmers, that’s part of what the book covers. I interviewed and/or traveled from Indiana all the way out to the Dakotas.”

Jack, who lives on a farm in Jones County, says most people don’t realize about a third of all new farms in the U.S. are owned by women. He calls farm women the seedbed for American virtue, energy and ingenuity.

Jack says, “I wanted to write something that was fair and informed and objective but at the same time, I wanted it to communicate to the rest of the country, some of the things we’ve experienced or know or understand that maybe isn’t often reported on the pages of the New York Times.”

Through his research, Jack says he came to realize how uninformed most people in our country are about farms and rural life. For many, he says, all they knew about farms was what they saw on TV, and even many of those shows were eliminated in what he calls the “rural purge.”

“En masse, a lot of rural programming, programming that was set in rural places, whether it’s “Beverly Hillbillies” or “Green Acres” or “Lawrence Welk,” it all got slashed in the 1970s as America became more urban and as the demographers and marketers realized that the real money in broadcasting was with blue state, urban living.”

Find the book on Amazon, at Barnes and Noble or through Purdue University Press. Jack is the seventh generation of his family to live on an eastern Iowa farm. The Jack Heritage Farm was founded in 1855.