You are here: Home / Crime / Courts / Audits find improper use of public funds in Masonville, Coggon 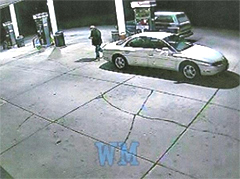 “We found that there was about $79,000 worth of improper and unsupported disbursements, part of it being personal purchases, some being unauthorized vacation payouts and then also improper fuel purchases by Mr. (William) Edgerly, the superintendent, for putting gas in his own car, his son’s car and his girlfriend’s car,” according to Vaudt.

The audit says unauthorized vacation payouts were made to Edgerly and his former secretary Deneen Mangas.

Vaudt says there is a strange twist to this story too. “Mr. Edgerly resigned in January of 2012, but the board rehired him in May of 2012 with a nearly 24-percent pay increase,” Vaudt says.

“They did know that our investigation was ongoing and they knew some of the concerns. So, I’m no sure exactly how the board made the board reached their decision to rehire Mr. Edgerly, but they made that decision.” Vaudt says the Light Plant board failed to exercise proper oversight of the plant’s funds and he made recommendations on how to do that.

The other audit involved Christine King, the former city manager of Masonville. “What we found was the city clerk over a period of about 10 years had actually taken payments of about 80-thousand dollars that were not authorized for her and also had some unsupported disbursements. So, a pretty significant amount over a longer period of time,” Vaudt says.

The failure to pay the bills caught up with the former clerk. “The interesting part was the reason it came to anyone’s attention was their insurance agent contacted the mayor because their insurance premiums weren’t being paid on a timely basis. So that’s what led to the investigation,” Vaudt explains.

He says it is another case of improper oversight of activities. Vaudt says the cases are now pending possible legal action.

“We’ve in both instances turned our reports over to the county attorneys’ offices, the Attorney General’s Office and the Division of Criminal Investigation. So, it’s in their hands now.” Vaudt says.