You are here: Home / Crime / Courts / Words like “Beware” and “Insulting” used in gun commentary 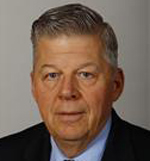 A debate over gun-related deaths in the U.S. erupted on the floor of the Iowa House Wednesday night.

“According to figures collected by the United Nations Office on Drugs and Crime through its annual crime survey, 9146 Americans were victims of a fire-arm homicide in the most recent year,” Alons said. “That translates to a rate of 2.97 firearm homicides per 100,000 population — only the 27th highest in the world.”

“It’s probably safe to say we have a better health care system than El Salvador,” Hunter said. “…The point I’m getting at Representative Alons…what you have just said is very, very, very misleading. The reason that we have such few homicides in this country because of the guns is because of the health care that they receive after they’ve been shot.” 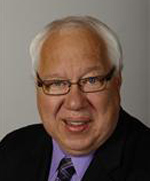 Hunter and Alons spoke late last night, after House debate on legislation had ended and members of the House can give speeches on any topic.

Alons criticized President Obama for using his “State of the Union” speech this week to make an “emotional” appeal for congress to pass new gun restrictions.

“Here is the real vote that should be taken that would end, I believe, the Newtowns, Columbines, Auroras and other shootings that have taken place in gun-free zones,” Alons said.

“This actually should be posted on every entrance and on the perimeter of every gun-free zone…’Beware. Enter at your own risk. Criminals carry here.'”